The Aurora LT Remote Head sets new standards for ease of use, versatility and functionality. 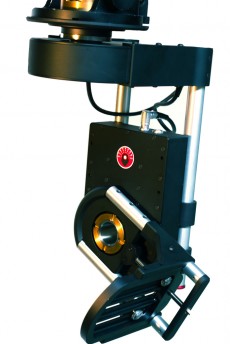 Operation and function of the buttons

The Speed Control changes the speed that the Pan or Tilt move in relation to the amount of input on the hand wheel. There is separate Speed Controls for both pan and tilt. When the knob is all the way to zero the head will not move.

The Direction Switch has 3 positions. The middle position locks the head. This is for safety if someone needs to work on the camera. Both the pan and tilt can be locked to prevent accidental movement and possible injury. Move the switch through the 2 other positions to change the direction.

The Damping works on the Hand Wheel to add a slight delay and smooth out the reaction of the Hand Wheel as needed. Damping controls both Pan and Tilt.